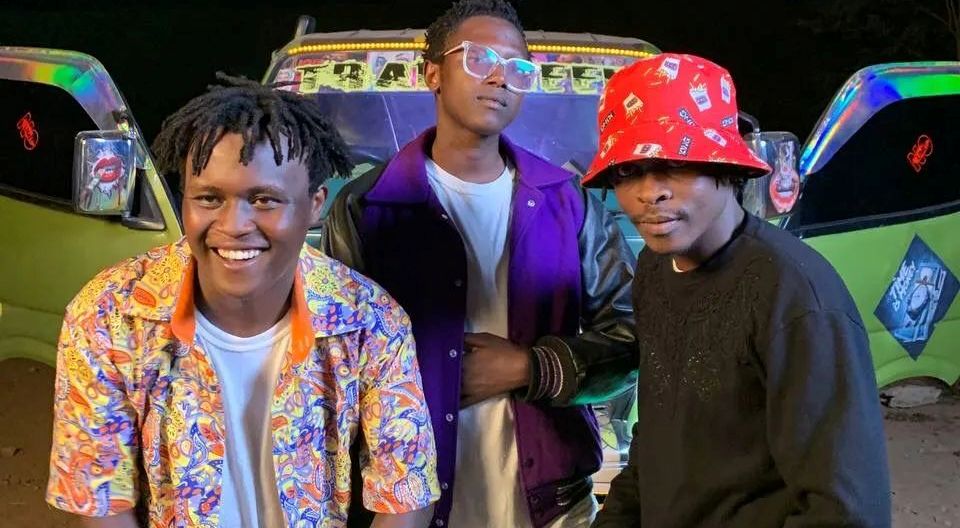 Celebrated Gengetone group Mbuzi Gang, who have out a new jam dubbed ‘Zoza’, featuring Navio and Vic West, are set to feature on Citizen TV’s Festi-Vault 10/10 programme this Friday.

Celebrated Gengetone group Mbuzi Gang, who have out a new jam dubbed ‘Zoza’, featuring Navio and Vic West, are set to feature on Citizen TV’s Festi-Vault 10/10 programme this Friday.

Citizen TV’s Festi-Vault is a celebrity interview show during which they host celebrated artists in Kenya and around East Africa.

The Mbuzi Gang will be hosted live for an exclusive interview, during which they will tell viewers all about their music career, revealing where and when they started singing and how far they have gone musically.

They will also tell fans about their life under international record label Black Market Records, their collabo with Navio and Vic West ‘Zoza’, plus their upcoming music projects.

The group was formed in 2018, just after Joefes released his second studio album titled M.B.U.Z.I which stood for (Money Bitches Under Zero Influence).

Later, Joefes approached iPhoolish, his longtime friend and label-mate and they formed the group.

In 2019 a new act was discovered, Fathermoh; a fresh mind with an insane lyrical scheme, Mbuzi Gang was now complete.

The group mostly concentrated on their solo projects and it was not until 2020 that they came together and mashed up several hit tracks, bracing their fans with smash hits like ‘Wagithomo’, ‘Shamra Shamra’ and ‘Sherehe Sheria’.

They have so far released an album under Black Market Records dubbed Three Wise Goats and an EP titled Kelele, although they also have collabos with several Kenyan and Ugandan artists.