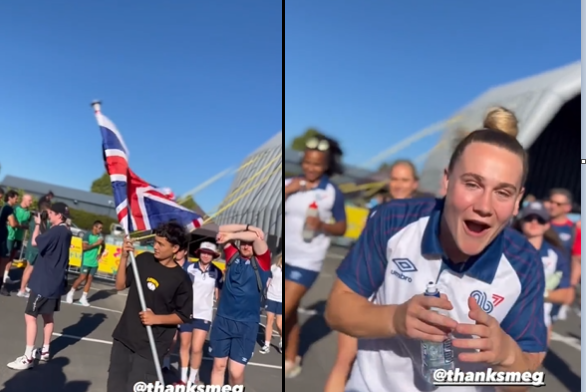 When we say ‘Kuna Kuna’, a massive banger by Vic West, Fathermoh, Savara, Thee Exit Band and Savara is a global song, it's not all about joking or hyping but stating a fact!

When we say ‘Kuna Kuna’, a massive banger by Vic West, Fathermoh, Savara, Thee Exit Band and Savara is a global song, it’s not all about joking or hyping but stating a fact!

After rocking the African continent, ‘Kuna Kuna’ is now being played massively in several European countries.

This was witnessed on Friday during the inaugural ceremony for the HSBC World Rugby Sevens in Hamilton, New Zealand.

The DJ at the event decided to officially usher players and fans to the ceremony by playing ‘Kuna Kuna’ full blast.

As the song blazed on the loud speakers, several spectators and rugby stars were seen grooving and singing along to ‘Kuna Kuna’, which points to the fact that they are very familiar with the song.

This however doesn’t come as a surprise to us, because we recently revealed that ‘Kuna Kuna’ is now an international banger, thanks to Vic West’s music genius.

With over 11.4M YouTube views and still counting, ‘Kuna Kuna’, which is also available on digital streaming platforms, continues to thrill fans across the world.

Vic West has since shared on Instagram a video of fans and players vibing to Kuna Kuna: Click the link to watch.

However, you can also tap the link to stream the video on YouTube.