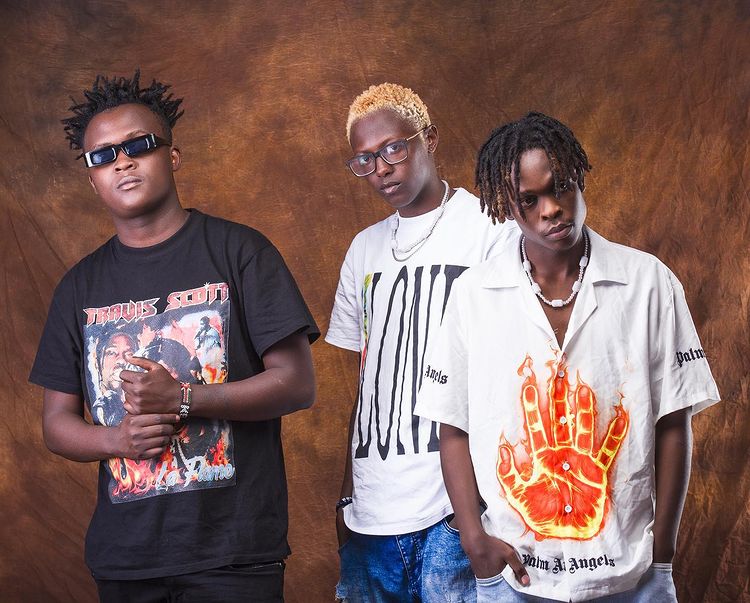 Genge-tone stars that Mbuzi Gang have dropped the official video for their club banger ‘Wah Wah’ and it is already rotating on TV stations across East Africa.
The Mbuzi Gang premiered their ‘Wah Wah’ video on YouTube on Friday March 4th, 2022, via Black Market Records and it has already attracted hundreds of views.

Produced by Vic West, ‘Wah Wah’ is taken off the Mbuzi Gang’s new album ‘The Three Wise Goats’, which they released in January.

Full of positive energy and tantalizing vibes, ‘Wah Wah’ has been treated to massive reception by the Mbuzi Gang fans.
Signed to Black Market Records, the Mbuzi Gang is a Kenyan group consisting of 3 individuals, Joefes, iPhoolish and Fathermoh.
The gang began with just two members before Fathermoh came in to complete the circle. Together, they have created memorable moments, released hit songs and managed to co-exist as a group. Their work ethic is highly motivational.