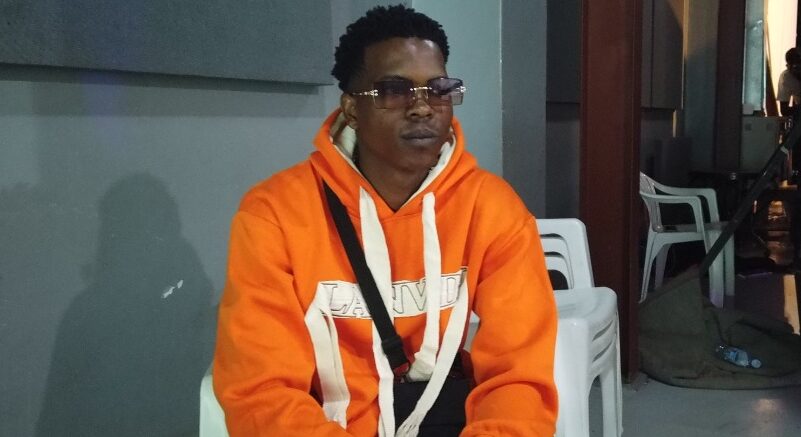 Jsan Bouy, who stormed the music scene with his debut video ‘Body Guard’, was hosted by celebrated TV personality Calvin D’ Entertainer on the Horizon Vibe show, which is the leading entertainment TV show in Uganda.

During the show Jsan Bouy thrilled the audience with his great tunes ‘Body Guard’ and ‘Desire’, which left them in a very groovy mood.

Jsan Bouy, who is signed under Musoni Music although distributing his music under Black Market Records, hailed the record labels for helping him to uplift and promote his music career.

He told the audience that although he currently has an album Body Guard, which features several songs, he is working on releasing three other albums, in a bid to circulate the Ugandan music industry.

It should be noted that Jsan Bouy made headlines this week after he dropped a new jam dubbed ‘Desire’, which has since become a sensation on airwaves.

Jsan Bouy, real name Mukisa Joseph, is a talented Ugandan Afropop artiste, songwriter and composer, who was raised up in Bulenga, Wakiso district.

He started doing professional music in 2018 after getting inspired by legendary Ugandan artist Moses Sekibogo aka Mowzey Radio and since then he has never looked back.

He cut his teeth in the music industry by dropping his debut album dubbed Body Guard, which features songs like; ‘Body Guard, ‘Body’, ‘Cooking Love’, ‘Desire’, ‘Ife’ and ‘Your Love’.