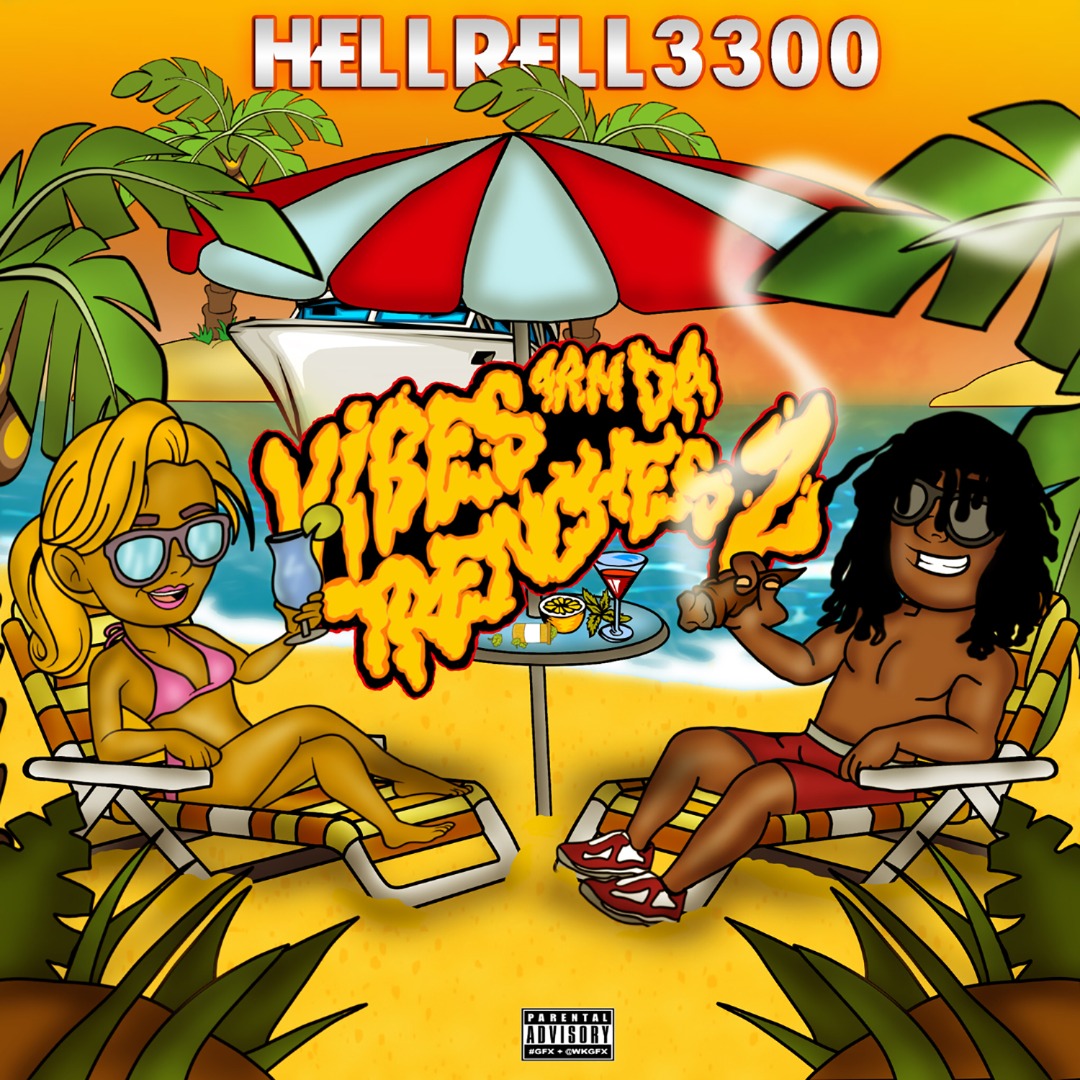 Popular rapper Hell Rell 3300 has proved once again that he is a force to reckon with in the American music industry after he released a new album dubbed ‘Vibes From The Trenches 2’ that comes with 11 dope tracks.
‘Vibes From The Trenches 2’, which features collabos with several other American rappers, is Hell Rell’s 9th album ever since he joined the music industry in the early 2000s. Hell Rell’s new album, which premiered on YouTube on February 8th, 2022, via Black Market Records, features the following tracks; ‘Blue Spot’, ‘Changed On Me’, ‘I Can’t’ ‘I Will’, ‘Titanic’, ‘Mental Connection,’ ‘Mental Connection’, ‘Heart Is’, ‘Swirv’, ‘Appetizer’ and ‘Balmains’.

True to his character and style, Hell Rell’s new album comes with positive vibes and a very inspirational message especially for ghetto youth, especially because he sings about the hustles he went through while growing up which many of the youth relate with.
Hell Rell 3300 real name Durrell Mohammad, is an American rapper signed to Black Market Records, Sacramento, California, USA, born and raised in the Bronx.
He is a member of the Diplomats Crew, who made his solo debut in 2006 with the mixtape ‘Streets Wanna Know’.
However, Hell Rell\’s solo career was delayed a couple years by a two-year jail sentence on drug charges, although he was still able to contribute to the 2004 Diplomats album Diplomatic Immunity, Vol. 2 by rapping into his jail house phone.

He started his professional music career in 2007 when he got signed up with Koch Records and began working on his debut album, ‘For the Hell of It’.
The album reached No. 5 on both the Billboard Top Independent Albums and Top Rap Albums chart, and No. 10 on the Top R&B/Hip-Hop Albums.
The year after that in 2008 Hell Rell released another album titled ‘Black Mask Black Gloves’ which was a blockbuster and then in 2009 he released two albums; ‘Hard as Hell’ in the spring and ‘Live from Hell’ in the fall, which propelled his music career to the heights.
Hell Rell’s other albums include; ‘Forgive but Never Forget’, ‘Eat with Me or Eat a Box of Bullets’ and ‘Hell Up in the Bronx’, although he also has several Collaboration Mixtapes and Solo Mixtapes.
Hell Rell has over time also dropped a number of music videos some of which include; ‘Talk To Me’, ‘I Got The Strap’, ‘Show Off’, ‘Realest Shit I Ever Wrote’, ‘We The Mob’, ‘On My Block’, among others.