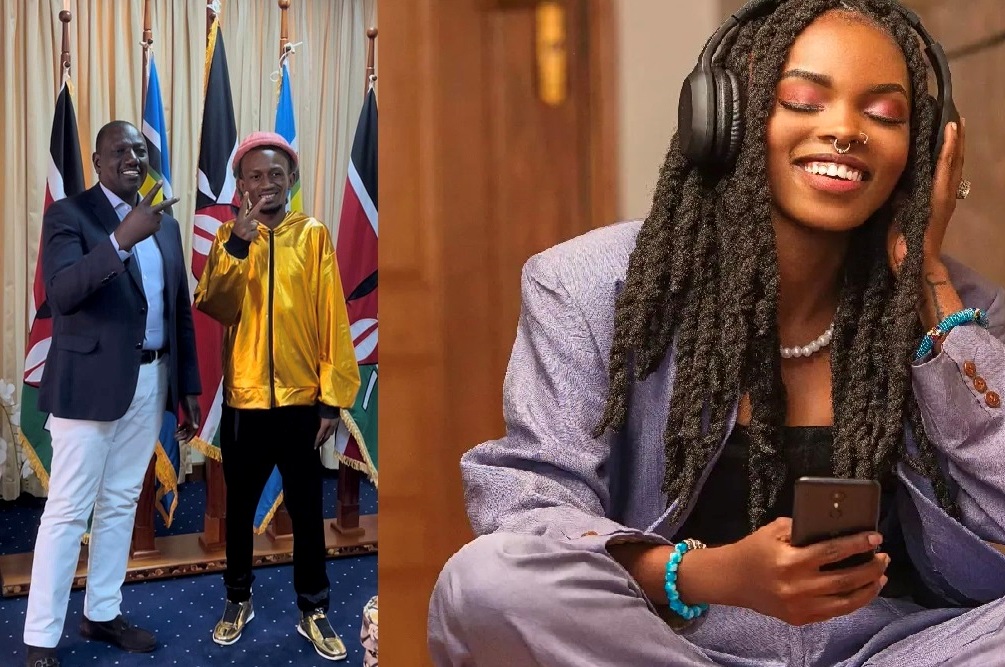 Exray Taniua and Teslah will be performing their latest collabo ‘Tujenge Taifa’, which also features talented artists Byron and Amallilo.

Kenyans and delegates from all over the world are set to experience a thrilling live performance by Exray Taniua and Teslah, who are to perform at President Dr. Samoei Ruto’s inauguration ceremony to be held today, in Nairobi, Kenya.

Exray Taniua and Teslah will be performing their latest collabo ‘Tujenge Taifa’, which also features talented artists Byron and Omollilo.

‘Tujenge Taifa’ is a very powerful jam in which the artists send out a message of unity and patriotism to all Kenyans, calling upon them to unite and work towards developing the country, instead of promoting divisionism and discord amongst them.

Exray Taniua and Teslah’s performance at President Ruto’s swear-in ceremony will also double as the official launch for ‘Tujenge Taifa’, which is their latest jam.

It should be recalled that Exray Taniua did a collabo with Mr. Ruto last year prior to the presidential elections dubbed ‘Sipangwingwi’, which became an instant hit because of the positive vibes it carries.

Mr. Ruto decided to adopt ‘Sipangwingwi’ as his official campaign song since many Kenyans, especially the ghetto youths identified with the message in the song.

Now that Mr. Ruto has since emerged president, Exray Taniua is set to go down in history as the only musician in the world who  has ever outed a collabo with a president.

Mr. Ruto will be inaugurated as Kenya’s fifth president today at a ceremony to be attended by dozens of global leaders and diplomats.

Thanks to his collaboration with Mr. Ruto, Exray Taniua, who is signed to Black Market Records, currently holds a special position in Kenya’s music industry and with ‘Tujenge Taifa’ he is surely bound to cement that position.