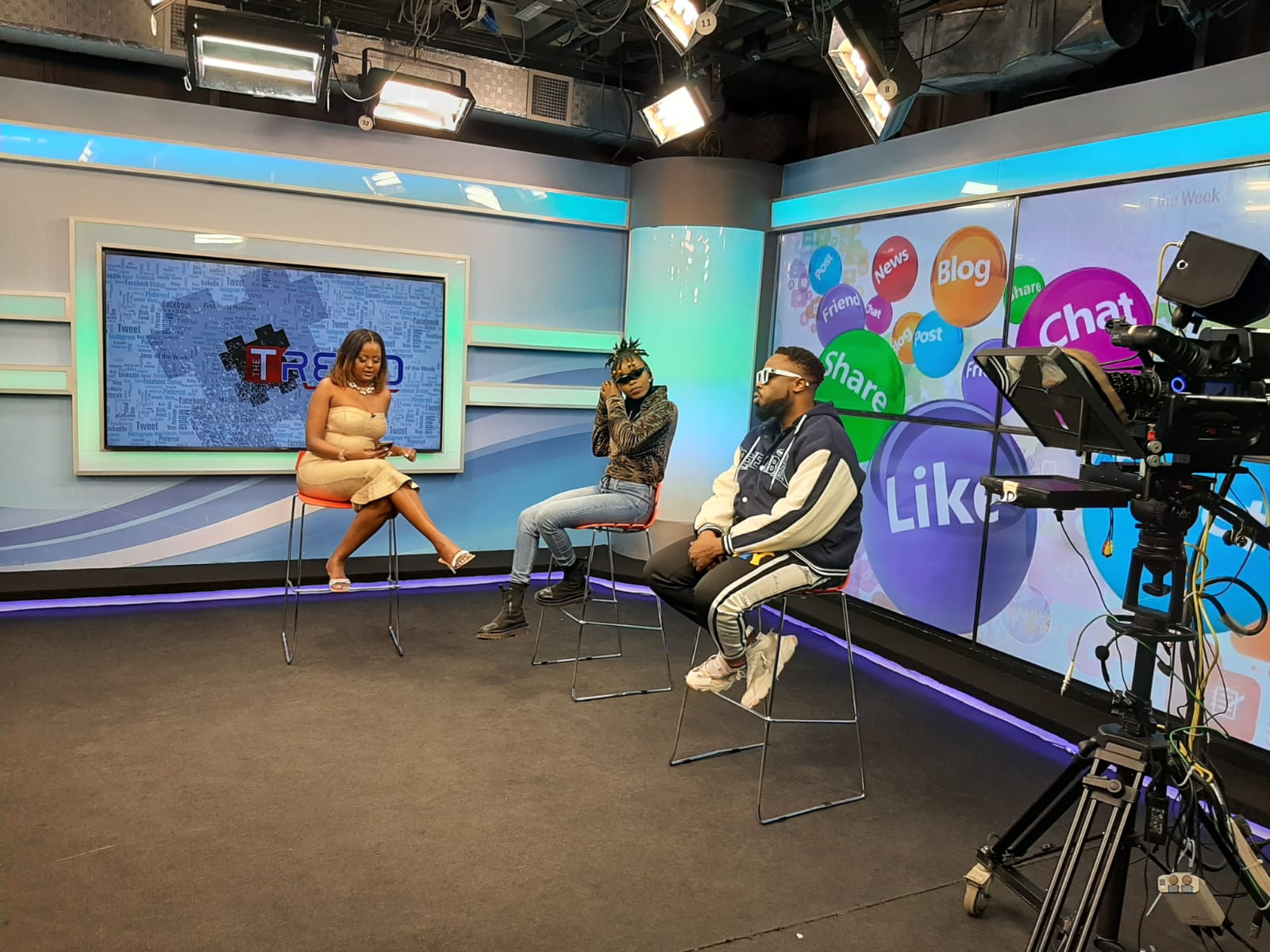 During the show that is hosted by Amina Abdi, Daddy Andre and Teslah talked about their music projects and how they came up with the idea of recording ‘Gemazima’, which is one of the hottest East African club bangers currently.

The show also doubled as the official premiere for their new video ‘Gemazima’, which they released on YouTube on Friday this week.

Teslah revealed that she started doing music when she was at university and now that she has since graduated, she has to do both.

“I am juggling both music and business. I started music when I was at university but later graduated with a degree in business management. Music is a calling and it is a part of my life,” Teslah said during the interview.

Asked how she met Daddy Andre, Teslah said she linked up with him through Black Market Records, a record label they are both signed to.

“I met Daddy Andre through Black Market Records. Ever since I signed up with the label, it has been easy for me to maneuver through the music industry.”

Speaking about how the two came up with the idea to record ‘Gemazima’, Teslah said the idea was hatched by the management of Black Market Records.

“The label made it possible by bringing two talents together from Uganda and Tanzania,” Teslah revealed, adding that; “That was how we managed to come up with this seamless collabo between Uganda and Kenya.”

On his part, Daddy Andre also hailed Black Market Records for coming up with the idea to record ‘Gemazima’, a jam that is currently rocking the region.

He also promised that there is more to come from them and urged fans to stay tuned.

It should be noted that the ‘Gemazima’ video is performing well on YouTube, with tens of thousands of views, so, don’t forget to click the link to stream the video.