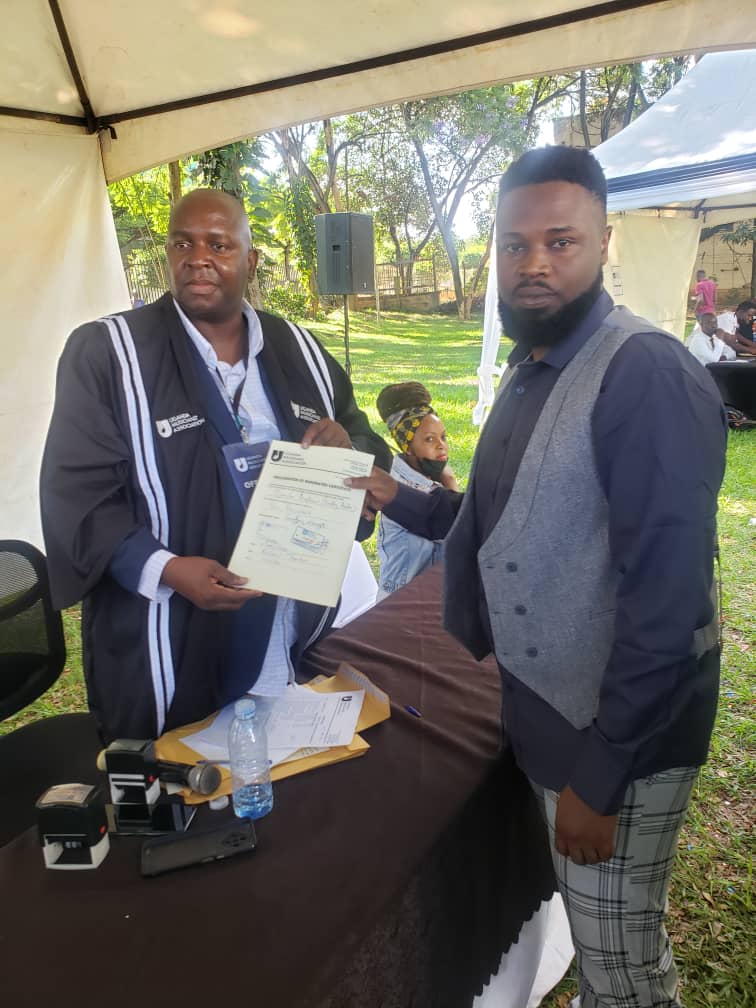 Ugandan musician and ace producer Andrew Ojambo, who is popularly known as Daddy Andre, is contesting for the position of Vice President of the Uganda Musicians Association (UMA).

Daddy Andre, who recently released a new video titled ‘Do/Mama Wabana’, which is taken off his new EP ‘Do’, picked his nomination forms on Monday April 10th, 2022, during a function that was held at the National Theatre in Kampala.

Daddy Andre is competing against other contestants for the same position among them Kalifah Aganaga and Hanson Baliruno, although they seem not to be much competition compared to him.

On the other hand, singers Cindy Sanyu and King Saha are stiffly competing for the position of UMA President.

It should however be noted that having been around for a long time Andre, who is signed to Black Market Records, is an artiste that has contributed immensely to Uganda’s music industry.

He is not only a musician but also a songwriter and producer trading as Andre on the Beat, who has helped to write, compose and produce songs for various Ugandan artistes.

An accomplished musician, Andre’s career has seen him explore the whole nine yards beginning from songwriting, singing to production.

He made sure to explore various genres since 2010 when he was thirty years old.

He specializes in genres of Dancehall, RnB, Hip hop, and Afro beats expanding his musical capacity.

PrevPreviousTeslah\’s Much Anticipated Video To Be Released Tomorrow.
NextTeslah Drops The Official Video For Down For YouNext