Celebrated musician and producer Daddy Andre is a multi-talented Ugandan artist, who multi-tasks as singer, songwriter and producer.

Home » News » Celebrated musician and producer Daddy Andre is a multi-talented Ugandan artist, who multi-tasks as singer, songwriter and producer. 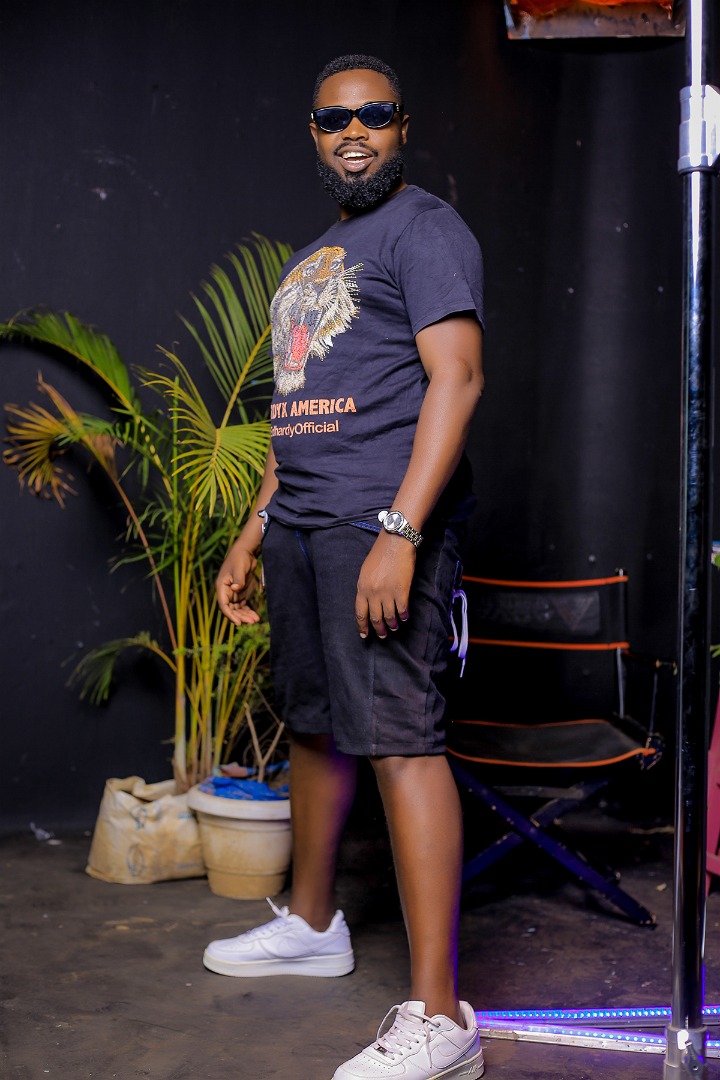 Daddy Andre, who produces music under the tag name ‘Andre On The Beat’, is literally a music genius giving other musicians and producers sleepless nights because of the competition he brought to the industry.
This is because as a person, Daddy Andre can literally undertake many tasks that under normal conditions would require to be done by several people.
Although there are several producers in Uganda, Daddy Andre majestically stands out from the rest, because of versatility and exceptional talent he has exhibited over time.

Real name Andrew Ojambo, Daddy Andre, who is signed under Black Market Records, has worked on a number of great projects for big name Ugandan artists like Nina Roz, Angella, Desire Luzinda, Sheebah Karungi, among others.
Surprisingly, unlike most producers who have attended music schools, Daddy Andre proudly says he never attended to any institution to study music production but taught himself the skills he possesses, which have since made him a maestro in the music industry.

Daddy Andre has for the few years he has been in the industry released several songs some of which include;
‘Tugende Ku Church’, ‘Omwana Wabandi’, ‘Sikikukweka’ ‘Omuwala’,, ‘Take You Home’, ‘I Miss You’.
He recently dropped a new single dubbed ‘Kola’, shortly after dropping an Extended Play (EP) titled ‘Do’, which features songs like ‘Isabella’, Do’, ‘Mukyala’, ‘Isabella’, ‘Office’, and ‘Master Lover’,
Daddy Andre released the ‘Do’ EP in February this year shortly after he had dropped another single ‘Nguwayo’, an inspirational love song.
Collaborations.

Besides producing, Daddy Andre has also released collabos with various artists that include; ‘You and Me’ with Lydia Jazmine, ‘Now’ with Spice Diana, ‘Kyoyoya’ with John Blaq and ‘Ku Kyokya’ with Prince Omar.
Some of his most popular collabos include; ‘Wendi’ and ‘Tonelabila’ with Angella Katatumba, ‘Andele’ with Nina Roz, ‘Baby Papa’ featuring Shakira Shakiraa, among others.

Music Production
When it comes to producing music for other Ugandan artistes, Daddy Andre started by producing ‘Be With You’ for Gift of Kaddo and later did some songs for Becky 256.
He thereafter produced other great projects like ‘Nkwatako’, ‘Bamusakata’ and ‘John Rambo’ all by Sheebah Karungi.

Daddy Andre Awards and Nominations
Because of his great music talent, Daddy Andre has won several awards and been nominated in others.
In 2019 he won two Buzz Teens awards for Beat Maker of the Year and Best Song Writer of the Year, while in 2020 he scooped the Galaxy FM Zzina Awards for Best Producer and Best Songwriter.
In 2021 he was nominated in the MTV MAMA Awards, African Entertainment Awards USA, STARQT Awards and Zzina Awards.