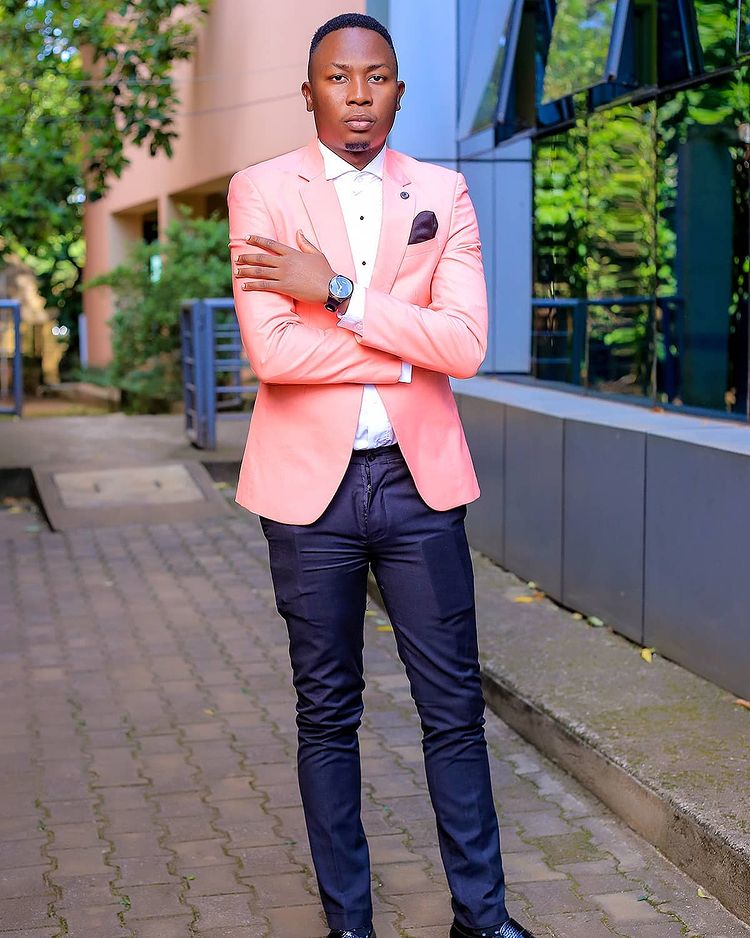 However, Shadrack Kisame, the Black Market Records Chief Operations Manager, has for the first time ever clearly explained the role of music labels in the industry, making it known to one and all that actually the labels are here to help musicians make more money both locally and internationally.
Speaking during an interview about the topic ‘Music and Business’, on Samart24 TV’s SMB program, which is hosted by Joram Paul Sonko and Ritah Kabanyoro, Kisame said that before working with them, musicians sign contracts with the record labels and that it is imperative for them to read and understand the contracts before signing them.

Explaining the contractual relationship between musicians and record labels, Kisame said that; “What we do is give the artist a contract such that they can read and discuss it with their lawyer before signing. At Black Market Records we first give the artist a soft copy of the contract and allow them enough time to digest it with their lawyer. In case an artiste has any changes they want made in the contract or want some adjustments, then we sit with them and their lawyer and draft a contract that suits them.”
He added that whenever there is a problem with the contract the musician has all rights to go to court, because there are musicians who don’t understand contracts.

Speaking about how the labels turn music into business, Kisame said that as Black Market Records, musicians usually sign a five year contract with the company, during which time they are expected to release 50 songs.
“We make it five years because the first year is mainly for investment. The viable investment period for an artist is usually between one to two years because the proceeds start coming around the third or fourth year. It would therefore not be advisable for a label to sign up artiste on a two-year contract and by time proceeds start coming in the contract has expired,” Kisame explained.
He however clarified that as a music label, they don’t influence a creativity’s or intervene in the private lives of artistes.
“We can’t dictate upon who an artiste must work with but as business strategists, we can suggest which artistes can do a collaboration, because we know it will be a hit; for instance, like we did with Angela Katatumba and Daddy Andre on their video ‘Wendi’, which we are dropping soon,” Kisame noted.
About exploiting musicians, Kisame clarified that labels do not exploit artists but instead help them boost their careers.

He noted that; “It is not the label that goes to the artist but it is the other way round. Remember by the time an artist accepts to sign up with a label, they have nothing, but want their music careers boosted and taken to another level; so how do I exploit someone who has nothing?”
Still on music and business, Kisame explained that numbers of followers and views of artist’s videos on social media and digital music streaming platforms are very important, because they translate into money.
“Numbers in music are very important because they don’t lie. Numbers are actually people. The more the number of views and followers an artiste has on social media the higher the chances of making money they have,” Kisame clarified.
He added that; “The biggest problem we have is that data in Uganda is very expensive, which has resulted into very low internet penetration. Actually, many of the views for our artists come from abroad because very few Ugandans can afford listening to or watching music videos online. Why do you think musicians like Diamond Platnumz can clock 20 million views in a day? It’s because his country has supported him from the word go by making internet cheap. But the problem is that most of our musicians think that if they can perform their songs at local bars and clubs, they don’t need numbers, which is not true.”
Kisame noted that the easiest way the Ugandan music can be boosted is by government not categorizing it as an informal sector because it is a bankable sector.

“The government should understand that music is a multibillion-dollar industry and should not concentrate on it as an informal sector because it goes beyond just music. For instance, whereas there are musicians in the industry, there is the corporate bit of the music industry which involves us the record labels, media industry and other players, who not only create employment opportunities but also pay taxes. For instance, at Black Market Records, we have a team of over 20 employees who earn salary at the end of each month to support their families. Besides Uganda, we have branches in Kenya and other countries where we help people earn a living.”
Kisame also pointed out that besides the above, music can also be used as an avenue to promote tourism in Uganda.
He noted that music can be used as a driver for tourism because there are tourists who come to Uganda after seeing the country’s tourist destinations, diverse cultures and beautiful sceneries in local music videos.
Speaking about stunts in the music industry and how they are used to promote new songs, Kisame explained that stunts are part and parcel of the industry, especially because they arise from real life situations.