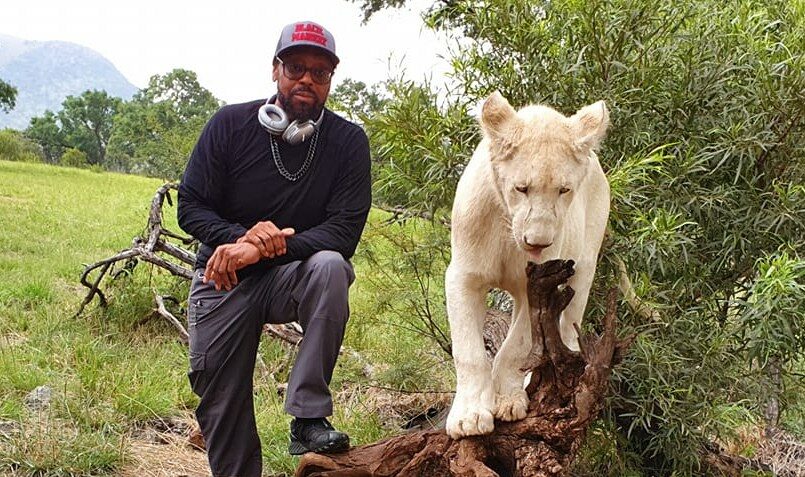 One of the founders of Black Market Records based in Sacramento, California, Singleton has over the years built a multimillion dollar music empire that has since opened up branches in Africa, Cuba, Latin America and other parts of the world.

The Black Market Records branch in Africa is based in Kampala, Uganda, while the record label also runs another branch with studios in Nairobi, Kenya and operates in 21 African countries.

Singleton, who is one of the few individuals in the world that manage to tame and domesticate lions, is the main thrust behind music icons like the Mbuzi Gang, Boondocks Gang, Vic West, the Sailors Gang, Nande Boyz, Bruz Newton, among others.

Singleton has since his youthful days in Sacramento, California, USA, been so passionate about nurturing and promoting music talent, especially in Africa, because he believes the continent is overflowing with talent.

“Africa has great music business potential that needs to be developed. The continent has a lot of music talent but what lacks is the business side of it,” Singleton told this website.

He added that; “It’s up to the stakeholders in the industry to build the business part of music, instead of leaving it to the artists. The promoters, record labels, event organisers, the regulators and all other stakeholders are the ones to build and promote the music business in Africa.”

Besides being into music promotion, Singleton is also philanthropist who has over the years engaged in charitable projects.

For instance, he pays school fees for a group of orphaned children in Uganda and during the COVID-19 lockdown he donated tones of posho to impoverished families in Kampala, Luwero, Malaba and Busia districts, in Uganda.